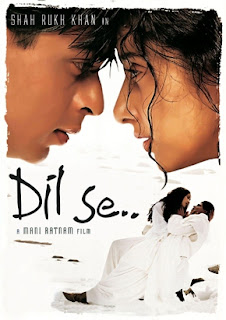 Dil Se is an Indian Hindi romantic war-thriller film in the backdrop of insurgency in Northeast India, written and directed by Mani Ratnam, and produced by Mani Ratnam, Ram Gopal Varma, and Shekhar Kapur. The film stars Shahrukh Khan and Manisha Koirala in lead roles while Preity Zinta (in her film debut) appears in a supporting role. Mani Ratnam also co-wrote the screenplay for the film.

Plot: Amar Kant Varma, a program executive for All India Radio, New Delhi, is travelling around the country to get the common man?s views on India?s 50 years of Independence.  On one such trip to the Northeast, he meets a woman at a railway station.  She is reticent, and when he finally succeeds in getting a response, she diverts him and slips away.

When Amar meets her again, she flatly denies ever having encountered him.  Despite her protests, he is convinced that it is she, and he declares his love for her.  After lying to him and luring him into a beating, she disappears again.  He hunts her down in Ladakh, where he learns that her name is Meghna, and that she lied in order to get away from him.  When they are forced to spend two days together, Amar finds himself drawn to her.

Some people?s lives are like words written in the sand - a whisper of wind and they disappear.  These words, written in sand, are all that Amar finds after two days, and Meghna has slipped away to join her group of insurgents. An angry, frustrated and deeply saddened Amar returns home and agrees to marry Preethi, the girl of his mother's choice. 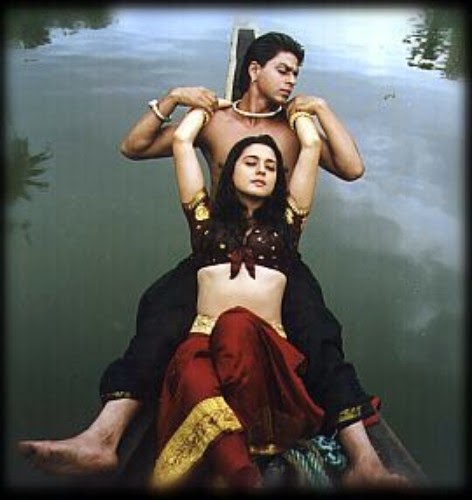 Meghna and her group target the Republic Day Parade as part of their violent campaign for social justice, and Meghna is at the core of their plans. She seeks out Amar on the day of his engagement, asking him to help her get a job at All India Radio. Despite his suspicions, he agrees to help her, even offering her board at his own house.

When Amar learns of Meghna's mission and confronts her, she tells him of the tragedies and oppression that her people have faced and how they have been pushed to take up arms. Despite his pleas that the lives of the innocent will not earn retribution against the guilty, she is unmoved, and escapes from his house.

Amar, a man obsessed, hunts desperately for the elusive Meghna, ignoring all else as his search consumes him completely.  However, all his efforts are in vain, until the morning of Republic Day, when he spots her at the Parade.  He rushes towards her, trying to stop her, but it is already too late.  He reaches out to her!

While the Indian states and their capitals are celebrating the 50th anniversary of Indian independence, some minorities living in different parts of the border states are disappointed and angry with the central government, which, they feel, has neglected them, resulting in stagnation and lack of growth in their socio-economic status. 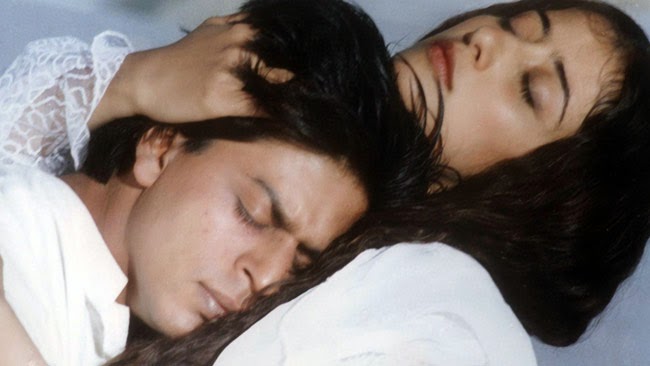 Their argument is that they are ignored since the capital and its politicians stand to gain little from the Border States.  Since no one has paid heed to their voices, their grievance has started turning into an angry revolution.

From two different parts of the same India hail two characters. A bonding takes place between these two - which is not very dissimilar to the bonding between our central government and the Border States. Affection, love and hatred creep up in this relationship. Their ideologies clash. Still, love, affection and camaraderie survive. The clash between love and ideology is Dil Se!
Tweet