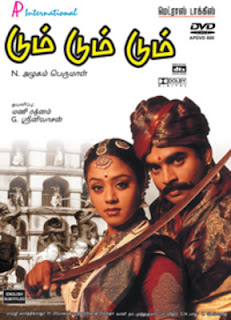 Plot: Aditya and Ganga are two youngsters who have moved to Chennai from the same small village. Their parents meet and arrange for them to be married to each other. Aditya's life is young, urban and exciting - with girls, parties, bikes, songs, cars, discos, movies and, infrequently, studying. He is not very enthused about the idea of being married to a village belle.

Ganga, who has just ranked second in the Class XII examinations and has been admitted to an engineering college, wants to continue her education, and is equally disinterested in the idea of marriage.  After a series of unsuccessful attempts to break off their engagement, both Aditya and Ganga reconcile to their marriage, but a misunderstanding on the day of their wedding turns into a fight between their families.  The wedding is called off, and a feud has begun. 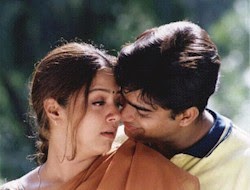 Back in Chennai, Aditya and Ganga return to their respective lives, but continue to bump into each other, and find that they are indeed attracted to each other. Love blossoms, and the pair now turn their efforts towards convincing their respective families to set aside their differences and allowing the lovers to be joined in marriage.  This is finally achieved, but not without a series of intricate twists, turns and related hilarity.
Tweet