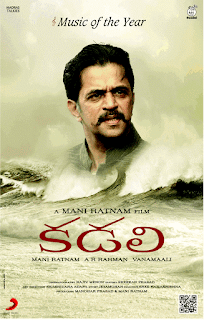 Set on the backdrop of the fisherman community, Thomas (Gautham Karthik) grows up as a careless and lawless person until Father Sam (Arvind Swamy) comes into his life and gives him a direction and purpose of living.

But in the past Sam has an issue with the bad guy Berchmans (Arjun) who is a noted don. He frames a plan and traps Sam and puts him in jail. Meanwhile, Thomas falls in love with Priya (Thulasi) but she has a past which is not known to anyone. After Sam’s arrest, Thomas loses his faith again and joins hands with Berchmans. What happens after that forms the rest of the story.
Tweet