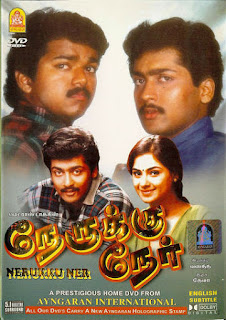 Plot: Raghuvaran, a passport officer tells his wife Shanti that he was unfaithful while he was in Goa.  She immediately leaves for her mother's house. Raghu tries to stop her by apologizing, but in vain. Raghu's brother, Vijay and Shanthi's brother, Surya meet in a cinema theatre.

Vijay blames Shanthi for his brother's problems and likewise, Surya blames Raghu, and the two clash severely and frequently over this issue.

One day, Raghu finds a bundle of cash on his table and meets Karan, who has placed it there. Raghu learns that Karan is an MLA wanted by the police, and who wants to leave the country to escape from the law.  He demands that Raghu issue him a fake passport, but Raghu disagrees and calls the police instead. The furious MLA swears revenge. Meanwhile, Raghu and Shanti apply for a divorce, and the court grants custody of their daughter Sona (Jennifer) to Shanti. 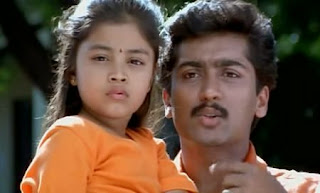 One day, Surya takes Sona to a fair and loses her. In the confusion that follows, Sona falls from a Ferris wheel and is taken to the hospital by Vijay. She is brought to Raghu's house once she recovers. Vijay soon discovers that Sona has lost her hearing in the accident.

Some days later, Surya finds that Sona is missing.  Raghu tells everyone that Sona is in his sister's house. Since Sona's mother has custody of her, Raghu's action is illegal. So Shanthi and Surya accompanied by a lawyer come to Raghu's house to get Sona back. At that time, Raghu suffers a serious asthma attack while in the bathroom, and he is saved thanks to everybody present. On recovering, Raghu tells that Sona is not in his sister's house, but has been kidnapped by Karan who is out on bail. 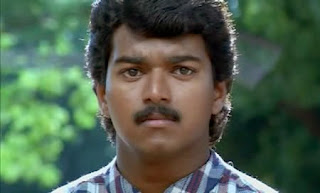 Under pressure, Raghu issues a fake passport to Karan, but he does not want Karan to escape from the police. The two youngsters finally join hands for the first time to make sure that this doesn't happen, and they succeed in rescuing Sona from Karan's wife and brother-in-law.  The police also capture the MLA.
Tweet